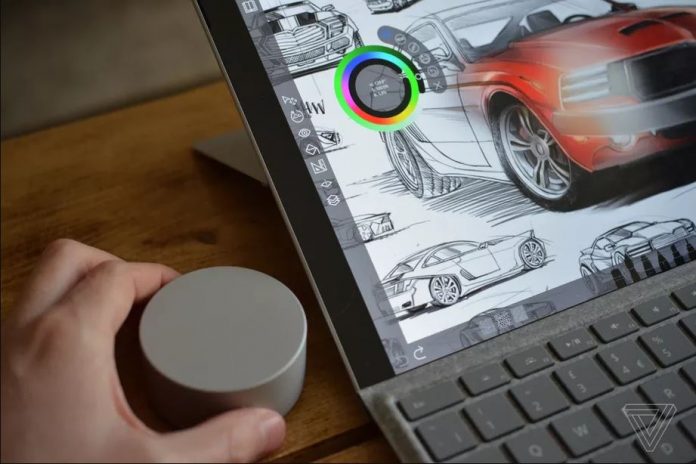 Many of you may have the problem what’s this Surface Dial gadget? Well, actually this is a very fresh tech innovation for us. But the Designers have a very big benefit from this. Actually, It’s a big puck that is designed to be placed on the Studio’s screen to produce radial menus and act as another form of input. Microsoft is marketing it as an accessory you use in one hand while you use the other to sketch with the Surface Pen.

Initially, Surface Dial fully supports on the Surface Pro 4 promised by the software maker in October 2016. The support lets you to interact with the display with contextual radial menus underneath the surface dial.

Most of the people argue that the Surface Pro screen is smaller than the Surface Studio. But regardless of the screen size, one can take the advantage of this Microsoft’s cool Surface Dial gadget with the Surface Pro 4 as well.

But the major issue with the Surface Dial is this has limited support from the app developers.

here’s the full list of apps that work with the Surface Dial:

But in the near future, we can expect some more advanced features combined with the surface dial and the Surface Pro series. And this Surface Dial may be very useful for the other users as well.