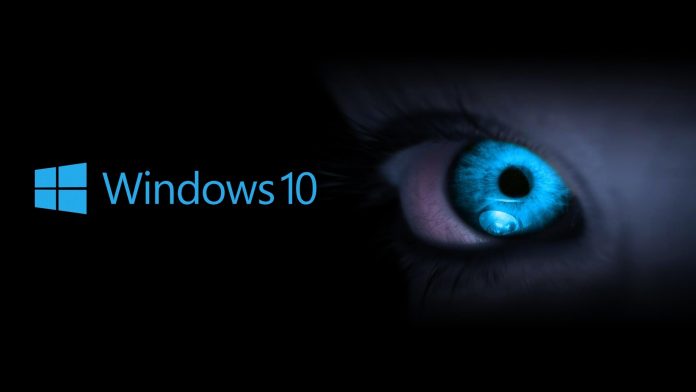 It’s feature was initially developed as a hackathon project back in 2014 but it’s now going to make its way into millions of devices powered by the Windows 10 Fall Creators Update.

The feature is currently in the beta testing stage for the so-called windows 10 Insider Preview Build, which is available for select users.

In present Microsoft is supporting only the Us English language keyboard lauout, with plans to add more layouts down the line in near future.

Microsoft said that it’s aimed at “empowering people with disabilities to operate an on-screen mouse, keyboard, and text-to-speech experience using only their eyes.”

Users require eye tracking hardware by Tobii ( Microsoft is only focused on supporting Tobii hardware, with plans to bring the Tobii Dynavox PCEye Mini, PCEyePlus, EyeMobile Plus, and I-series onboard for Eye Control on Windows 10. )

The feature only supports the Tobii Eye Tracker 4C for now, but Microsoft plan on adding support for other Tobii eye-tracking hardware in the future. 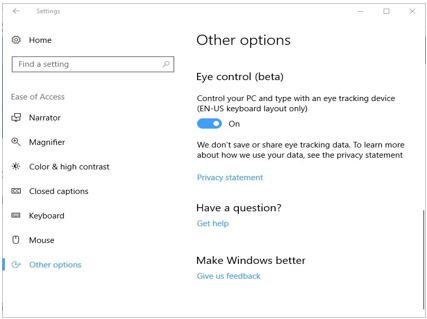 The technology goes with Microsoft calls “shape writing,” which should speed up typing by letting you look at just the first and last letters of a word and “simply glancing at letters in between.” Microsoft says a “hint of the word predicted will appear on the last key of the word,” as we typing and if the prediction is incorrect, you can swap it out with another predicted alternative. 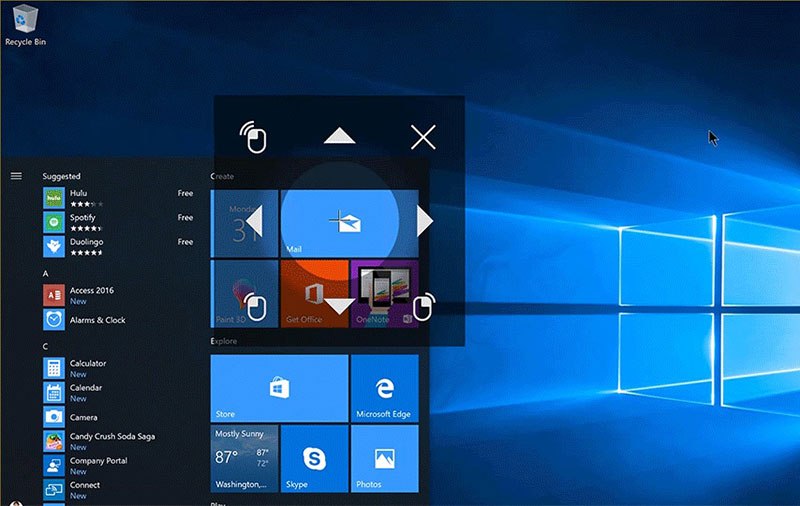 This is how it is working and Microsoft Eye control may be milestone of magical AI technology (Artificial Intelligence) and it may be the begging of sophisticated well-featured Operating systems.

Hope to see you again with another upcoming technology.