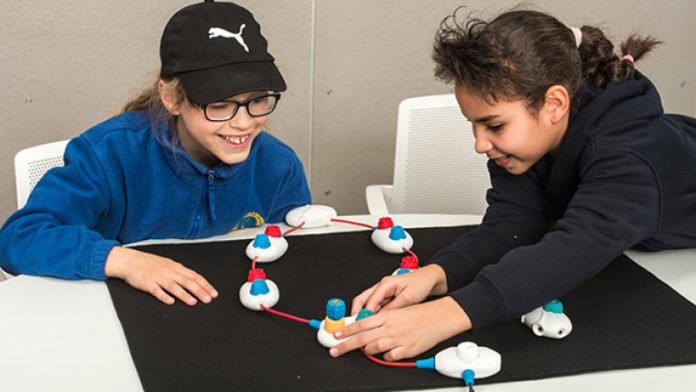 When we are developing the new technology it’s vital to think about differently able people by the reason of we can’t let them be isolated because of technology. As a result of Microsoft project, a team in the UK  have been able to introduce Project Torino which gives the ability to create codes even for visually impaired people. The concept behind Torino is to build code physically.

This product has been made for especially visually impaired children who are in between age 7-11 to improve their thinking skills and to give them basic knowledge of programming. By the time developing team of Torino and Royal National Institute for the Blind have decided to give the opportunity to hundred children who are suffering from visual disabilities to use their Torino Beta version and through that they could identify more misconceptions and develop it further.

I’m pretty sure that when  I told you it’s building code physically you didn’t get it correctly. According to this project children could work in pairs or alone, what they have to do is plug given beads to create code and then it will generate music or stories in a nutshell. the main intention is to create music or stories by plugging beads. Apart from this Microsoft has developed an app, so that these children can use it to translate the physical code to digital code by using the app.