When you are busy with your works in your windows laptop, imagine how easy if you can turn off the whistling electric kettle via WiFi connection. How amazing if you can turn on your security cameras, move around and see what happen on your surrounding via your laptop. Imagine how easy if you can control your Air conditioners, Fans and living room lights without taking out your hands from your mouse and keyboard. That’s why we need IoT devices.

IoT – Internet of Things is an amazing concept that enable to control your IoT connected your smarts devices via internet from anywhere in the world. The Smart devices which released in last couple of years are IoT enabled devices that enable you to control them via web or your smart phone.

But there was a small gap between Iot Devices and windows users, specially Laptop and desktop users because most of the IoT devices can control with a specified web or mobile user interface. And if you need to build a custom build IoT device, mostly basic Arduino devices could able to program or control some basic IoT functions from windows operating system. If you need to make an advanced IoT device, previously you have to get a device like a Raspberry Pi and move onto Linux base Operating System to control it. Also, you need to get a help from a Linux guy to code the device. 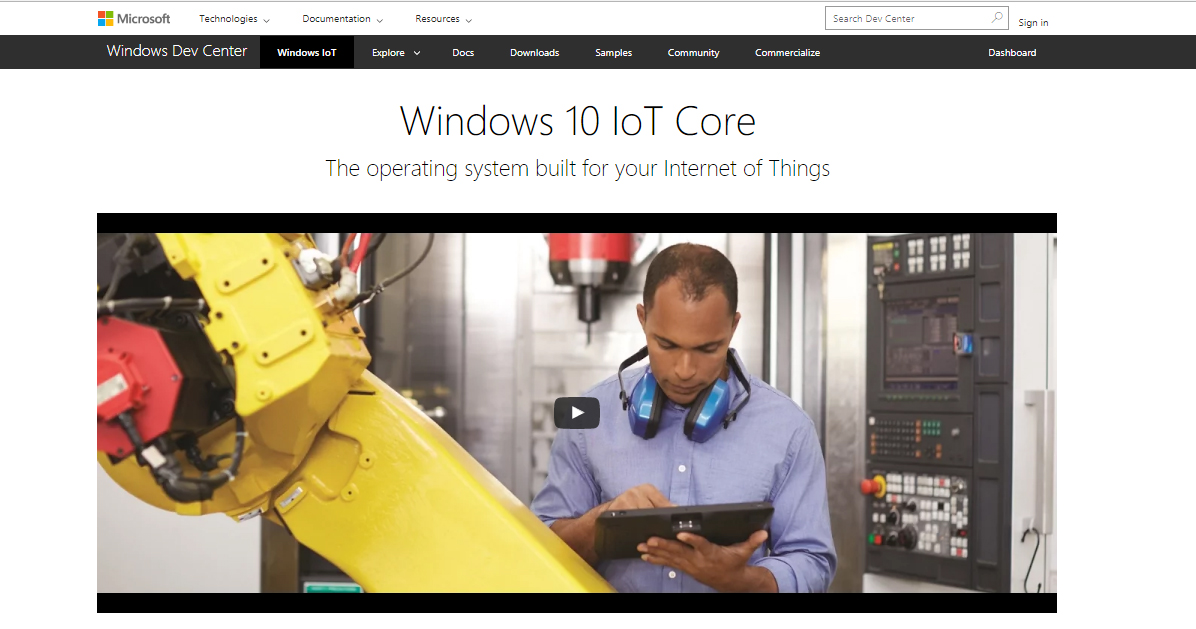 Sorry Linux guys, Now Microsoft has introduced their IoT platform, The  Windows IoT Core. Actually it is a small version of windows operating system to connect program and control IoT devices. And it supports to hundreds of devices running on ARM, x86 and x64 architecture. Unlike the computers, IoT devices deals with some hardware devices like LEDs, Sensors, motors etc. Using Windows IoT Core, you will able to create ton of projects starting with Blinking LED to an Industrial Robot. And the most amazing thing is the Windows IoT Core is totally free.

To get start with Windows IoT Core, you need a prototype board like Raspberry Pi. When you are going to buy a Raspberry Pi, it is advisable to buy a Raspberry Pi 3 board because it has more processing power and inbuilt Bluetooth and WiFi wireless connection. Also, you need a storage device like a microSD card. Windows IoT core need 8Gb of spacing to run, and it is useful if you select 16GB Class 10 Micro SD cards for better performance. You can download Windows IoT Core Dashboard software for your respective prototype board from the IOT core official website https://developer.microsoft.com/en-us/windows/iot/Downloads and install to the micro SD card. 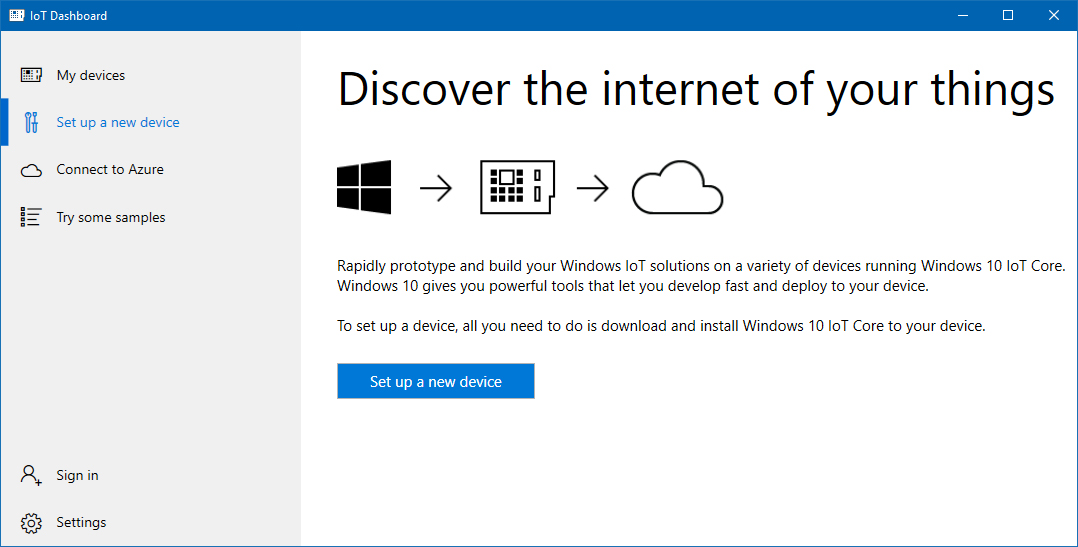 You need a power source like a wall adapter or a Battery. After setup your devices, you can use Windows IoT Core dashboard software to boot the device and connect to the Pc via wired or wireless method and use Microsoft Visual Studio to push the cores and debug the errors without ejecting the SD card. And Microsoft Azure platform can use if you are going to deal with Cloud base projects.

This is a brief introduction about Windows IoT Core and you can visit the official website https://developer.microsoft.com/en-us/windows/iot for more details and for sample projects. From the upcoming articles, we wish to describe some projects with Windows IoT core. So please stay tuned with us.