The creators updated rolled out for all Windows users on the 11th of April and with it, the developers at Microsoft introduced a couple of new features for the gaming community of windows. Among these features, the Windows 10 Game Mode and Improved Game Bar with DVR and Beam for streaming your gameplay and interacting with your viewers grabbed a lot of attention of the windows gaming community. Let’s look at how things turned out for these features after being introduced with the creator’s update. 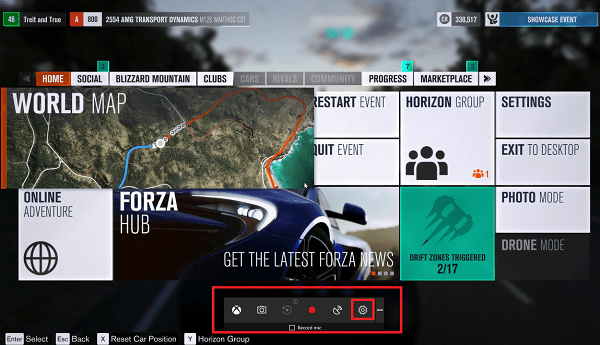 The game bar can be brought up by pressing the Windows key + G key simultaneously and it’s your panel to activate both DVR and screenshot capturing options, streaming options as well as activating or deactivating the game mode. While 80+ new video games do support the game bar on full-screen mode most of the old games does not support the game bar on full-screen mode yet so you might have to put the game on windowed mode to access the game bar. Although it’s a very handy tool it might not be as user friendly if you had to go into windowed mode just to access the game bar, but the DVR is not limited to your games it is somewhat useful if you need a sudden screen recording done, for an example you could record a demonstration of the output of a software you have written while recording your voice as narration without any time limitations or additional software. However, in the game bar settings, you can enable quick shortcut keys for functions such as pausing, starting and stopping the current session which provides a better user-friendly experience. And with that being said the list of games that do support the game bar will increase as regular updates roll out. 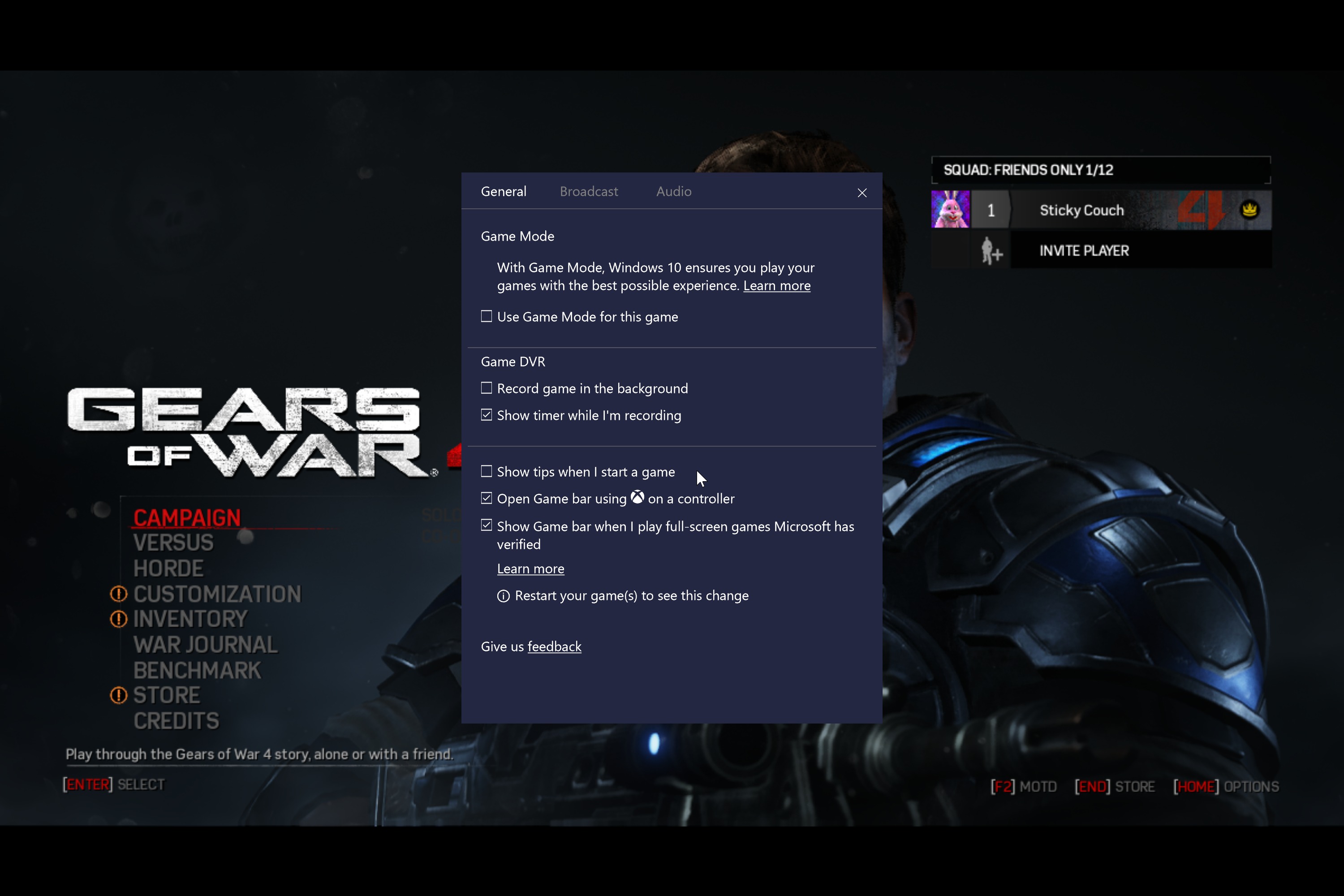 According to the developers, the game mode is intended to provide the user with a better and consistent gaming experience, but if you’re expecting for an epic FPS boost you’re in for a disappointment. What the game mode does, in a nutshell, is that it deprioritizes resources such as RAM and CPU consumption for background processes and prioritizes resources to the game running in the foreground. While this does not provide noticeable increase in frame rate it does cancel out sudden resource prioritization requests from these background processes, If you’re using a low-end PC which meets the minimum requirement for a particular game the gaming mode might provide a slightly better experience due to this factor but if a game runs in a completely unplayable manner or if you already have a higher number of FPS the game mode might not make any difference. But this is just the first step for the game mode it’s not in its complete form yet and according to the developers much more will be added to the game mode in the near future. 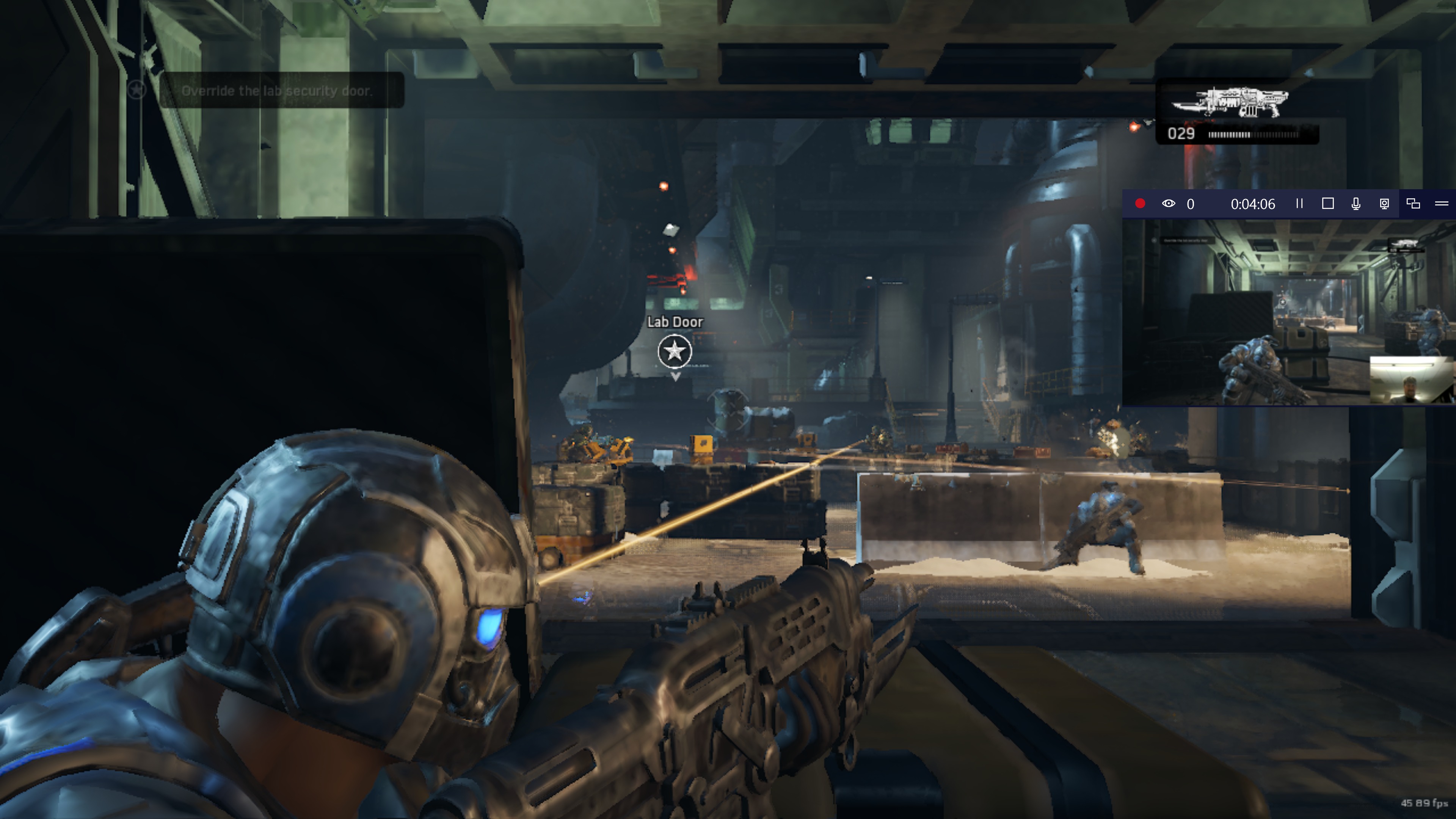 The trend of video game streaming is becoming popular among the gaming community and windows with the creator’s update has added its own adaptation to this trend. Microsoft purchased beam back in 2016 after Twitch, one of the leading streaming platforms for gamers was bought by Amazon in 2014 for almost 1 Billion USD. According to Twitch.tv, which has over 45 million users gathering around their platform every month. And Microsoft certainly wants a piece of this pie and has now launched native beam support through the creator’s update for gamers to broadcast and interact with their viewers. Unlike the two features mentioned above to use beam, you would require a Microsoft account. While beam still doesn’t allow you to broadcast to YouTube or Twitch, it allows you to broadcast to “mixer.com” which is the name given to Beam after the rebranding and Beam are still in the process of being rebranded to the mixer. Beam allows you to set up all the basics for streaming in a very short period of time without requiring a much of a hazel and can be very easy for a beginner to get started with streaming. As a Side note, you wouldn’t be able to use features of Beam while any other communication software such as “Skype” would be running. The developers consider this to be a mechanism to prevent issues concerning privacy where a streamer might accidentally reveal sensitive information to their audience.

All these new features are Microsoft’s initiative to provide its users with a better experience and especially this allows the Xbox Gamers to get used to the PC platform with the Launch of “Xbox play anywhere”. Most of these features are still in their infancy and more updates are bound to happen. If you want the most out of these features the best thing to do is keeping your system on par with the updates.