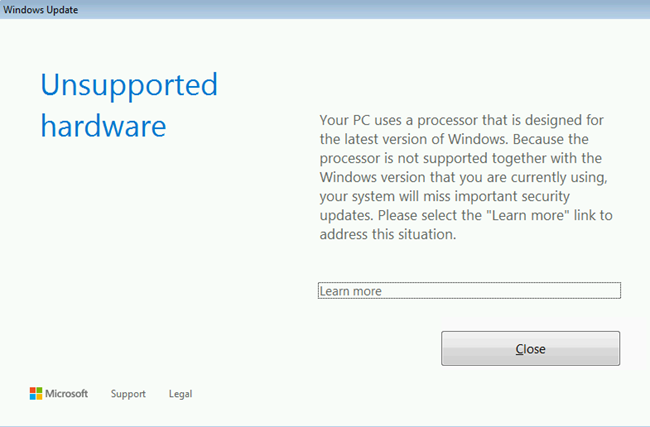 Earlier this year Microsoft had announced that the support for new processor families such as Intel’s 7th generation (skylake) and AMD’s Ryzen processors for previous versions of windows would end. Starting from last week onward the updates stopped for all Systems that are on Windows 7/8/8.1.

Basically, if you try to force an update on the previous version that is running on new hardware a pop up will appear saying:

“Your PC uses a processor that is designed for the latest version of Windows. Because the processor is not supported together with the Windows version that you are currently using, your system will miss the important security updates.”

A few years back we heard about Microsoft’s “Support Life Cycle” Policy which also gave the policy Microsoft would end support for Windows 7 earlier in 2015. This instead was extended due to the OS market and other considerable factors. While Windows 8.1 are still mainstream updates would end in 2020. With all this, the final verdict would be to conclude the use of Microsoft Windows 7/8/8.1 until further support and updates available for new hardware.

Here is a list of the supported processors on different devices.