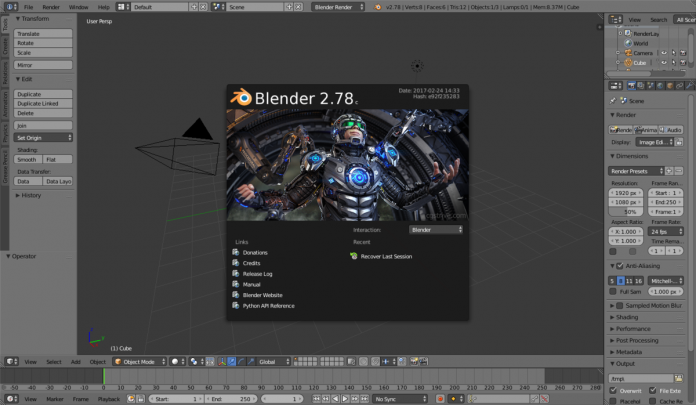 It’s been awhile since I last saw the grub. Now that my PC runs on Windows and Windows
alone, I thought of exploring some of the great Open Source projects which I once enjoyed
using on Linux and checking how powerful and compatible they are with Windows.
First of all, why Windows, and not Linux? Linux may have all the customizability in the world, but not every person has the time to tweak everything and build up something that will fit their exact needs from scratch. This has always been a major problem with content Creators. No matter how capable Linux distros are, people still prefer to use a Windows or a Mac environment in their content creation pipelines due to many reasons.
Abandoning Linux and its Open Source glory may never be easy for anyone who’d been with the FOSS spirit for long enough.
This list of Open Source Projects which are readily available for Windows mainly focuses on
some of the most powerful Open Source Multimedia applications out there…

1. Blender
Blender is one of the most powerful, active Open Source Projects out there. It is a 3D
content creation package developed by Ton Roosendal as an in-house application for the Dutch animation Studio Neo Geo in 1995. Over the long run, Blender was bought by Roosendal himself and the code was made openly available in 2002. 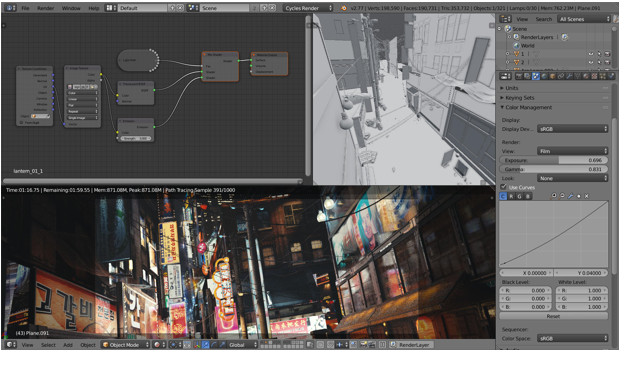 Blender is a professional tool used in serious animation and Visual Effects jobs. Compared to other proprietary 3D graphics creation software packages, Blender is packed with tons of extra features including Fluid and Smoke Simulation and a Node based compositor. Surprisingly all of these features come in a 200MB binary file. 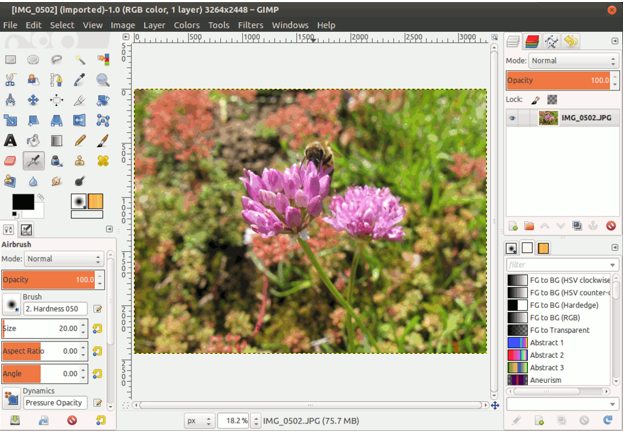 GIMP too consumes lesser resources than its proprietary counterpart Adobe Photoshop. IMHO GIMP is not as powerful as Photoshop. But with the correct plugins and tweaks GIMP is powerful enough to get your work done.

Visual Effects is an art that demands a lot of technical expertise and the right tools. These tools often carry exorbitant price tags. As mentioned earlier tools like Blender come in handy for many individuals and small studios that cannot afford these hefty prices. Unlike Blender’s built in compositor, Natron offers a dedicated Compositing environment similar to that of the industrial giant Foundary’s Nuke. 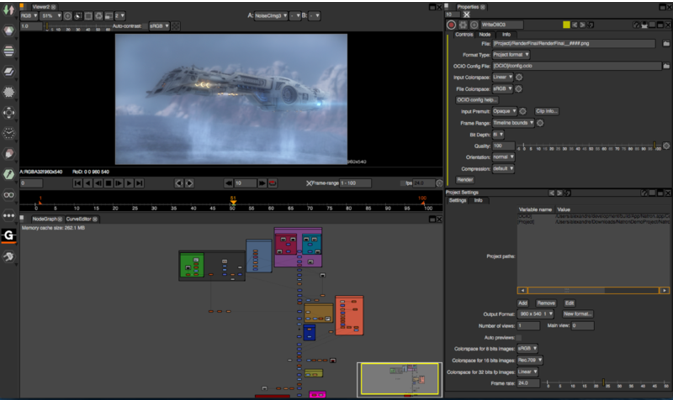 Given the fact that it is developed by two developers and a relatively small community, the progress Natron has shown since its inception in […] is exceptional.  With a few more major releases Natron will become an Industry standard. Since this article is not a tutorial on this software, I will not go deeper into the functionality of Natron. But one thing is assured with Natron – Endless Possibilities.

This is not at all a complete list of all the powerful FOSS that have been ported to Windows. Since this article is written with Content Creation in mind, only the ones that belong in the domain of arts are included.

Before I wrap up,  I must mention that there are Pros as well as Cons to using Open Source software in serious artwork pipelines. Since many FOSS are developed by enthusiasts with no lucrative motive in mind, the amount of effort put into developing stable releases of this software is naturally lesser than a company like Adobe or Autodesk would put. No big money flows through the production cycles and hence bug tracking and patching are crowdsourced.

So, proceed with caution. But the vista at the end of a dangerous trek is always a gorgeous one.