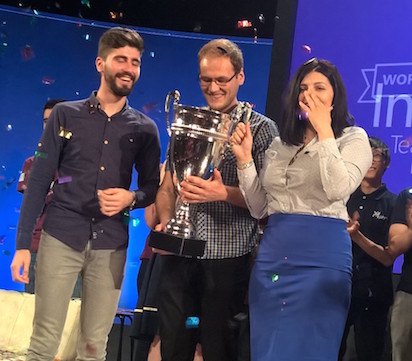 This was the 14th consecutive year the imagine cup competition took place. As stated by Microsoft, they were a great way of supporting student’s innovations over the past years. Due to that, today imagine cup has become the company’s global technology competition which aims to give an opportunity to the young developers to obtain new technology, business ideas and team building skills.

Team “ENTy” of Romania became the winning team entitled for the place the “Imagine Cup 2016 World Champion” during a live broadcast and in front of very large audience of people which took place in Quincy Jones Performing Arts Center at Seattle’s Garfield High School. Team ENTy’s project in brief is an app which is capable of monitoring body balance and posture. The team’s members are,
-Flavia Oprea
-Iulian-Razvan Matesica
-Cristian Alexandrescu 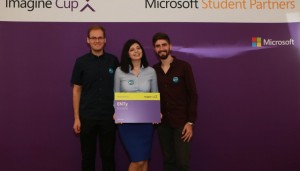 Looking back, For the final phase 35 teams all over the world competed in front of the judges to secure the top 9 teams in the Games, Innovation and World Citizenship categories. The winning 9 teams claimed $50,000, $10,000, $5,000 respectively as their category prize. Subsequently, the three teams which secured the top position moved on to compete in the Championship round and participated in the private mentoring session with Satya Nadella.

Their innovations were judged by a panel of judges including special guest,
-John Boyega (lead actor from Star Wars: The Force Awakens
-Dr. Jennifer Tang (one-half of the duo that won the 2014 Imagine Cup Championship)
-Kasey Champion (an accomplished software engineer and Computer Science Curriculum Developer at Microsoft)

So the winner was the team “ENTy” from Romania and earned the title “Imagine Cup WORLD CHAMPION”. 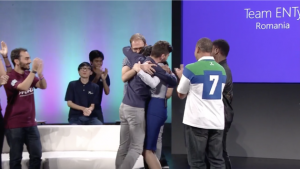