With the successful years passed, Microsoft is now planning to introduce their next version of windows 10. Redstone 4 is the next major update for Windows 10 which will be launched in March / April 2018.

Tabbed shell – one of the major feature introducing is the tabbed UI that will allow apps to group together in a familiar way. In the present UI we have to use “VIEW > New Window > or View Side by Side” feature to view multiple tabs in the UI. 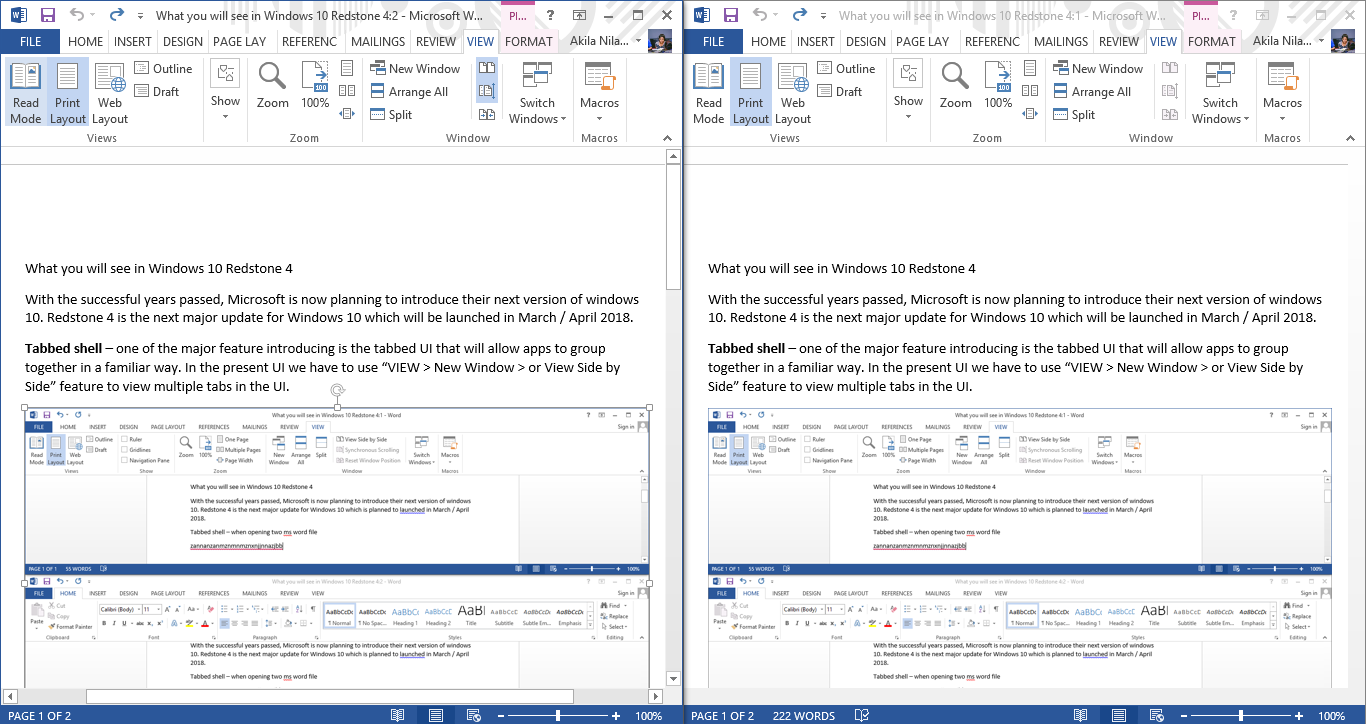 With the new Windows Redstone 4 you will no longer get this experience. Instead you can open multiple tabs in the same window.

Featured Timeline – Timeline is a quick access to the recently opened apps in multiple devices, whether it is your mobile phone or PC. And also despite of the platform, whether its iOS or Android. Clicking on an app in the timeline will take you to where you last left it. This will save time and it is very easy to continue working on documents.

Cloud Clipboard – This is another special feature that will be introduced with Redstone 4. This feature will allow you to copy text on one device and paste it on another.

This is all for now. See you in the next article.