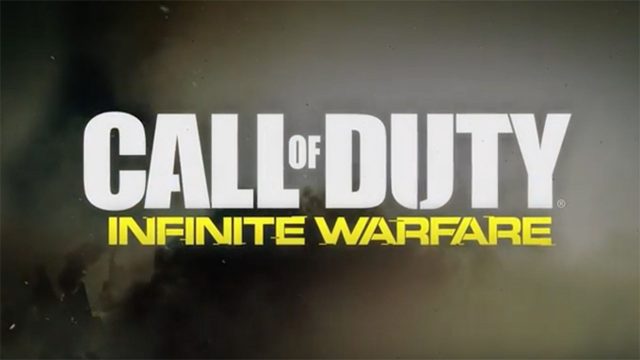 This is a brief introduction about the latest release of Call of Duty named Call of Duty: Infinite Warfare.

As similar to previous editions this falls under the first-person shooter video game sequence. This game has been developed by Infinity Ward and published by Activision. It is also known as the 13th primary instalment in the Call of Duty game series. Similar to the previous release of CoD game series CoD:Infinite Warfare, the computer game is all set to be released on November 4th 2016. It has been planned to release for Play station 4, Xbox one and PC at once. And more importantly this CoD series includes major changes which were not present in the previous editions.
In addition to that it has been planned to launch in three game modes such as Campaign mode, multiplayer mode and zombies mode.

Watch this out to know story of the game,

In brief about the game, In this CoD series You, as a player takes control of the character Captain Reyes . This is set for the distant future.
Due to industrialization Earth has been exposed of its natural resources. The only hope of the residents of Earth is to rely on societies established away in the Solar. To obtain the right Captain Reyes had to fight against the militant radicals. In order to manage this situation United Nations Space Alliance (UNSA) installs a space-based fighter craft in which Captain Reyes is the pilot. The story is centred on the warship of Captain Reyes which
remains preserved while several other warships have been destroyed due to enemy’s attack. You happened to be the one who has to drive on the space combat jet fighter named Jackal in the warship. When considering the weapons available, it has been included with functions not only for shooting but also further
above that. When using the new weapons in the game there can be situations where we haven’t experienced the skill in previous CoD series. (In certain settings we might remember spider-man as well).

The latest edition will enable you to see the way how captain Reyes faces enemy without any sympathy towards them (meaning this might be tougher than previous CoD series).Similar to air battle the war on earth is the main part of this game. But, this is not similar to previous editions.

For Multiplayer and Zombie modes there will be different story lines just like the new weapons and machines. Even when you play in a different game mode you will have the feel of playing a new CoD series. For more information we all have to wait till the end of this year since the game modes has not yet been delivered.

Watch the video below to know more details about how extraordinary the game is.