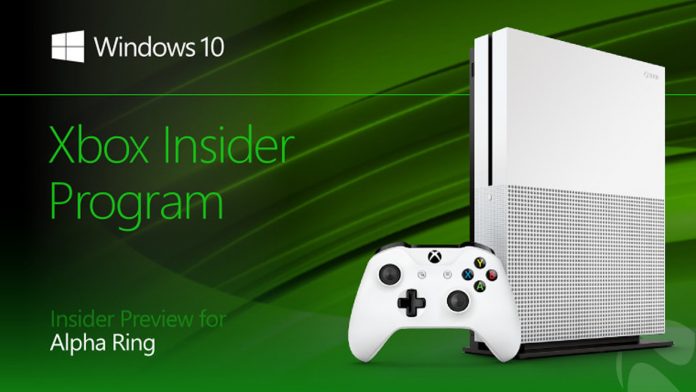 Good news for Xbox gamers! Microsoft just released the latest feature update of Xbox One gaming consoles, version 1805 and members of the Xbox One Preview Alpha Rings may already began to receive this update (1805.180413-1509) from yesterday. 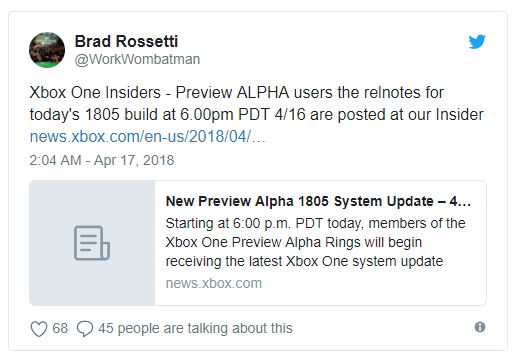 Microsoft announced number of new fixes and issues with the latest update.

Stability and performance fixes for Microsoft Edge, mostly when multiple tabs or videos are open.

Fixed a problem in which some users receives a black screen when launching full screen Game Hubs.

Fixed a problem in which some users would lose Interactive channels lose functionality.

Fixed a problem in which some users were unable to enter a user name or credit card number using the virtual keyboard when adding a new payment option.

The Spotify app search function has been updated in the app and in the console platform.

Resolved a system stability issue that could result in the console crashing when the console was in Instant on mode.

Fixed an issue in which users when Selecting the (B) button within settings will unsnap the app instead of displaying the Broadcast and chat section.

Some users may experience intermittent loss of Audio with certain configurations of AV receivers with ATMOS or with changing audio configurations during console use.

Pi-hole users may encounter issues signing in, creating, or recovering accounts upon downloading the 1804 update. This is due to a new configuration file which is downloaded from a URL Pi-hole blocks by default.

Sometimes users may encounter an incorrect Profile color when powering on the console.

Version 1805 will be finalized in May and Microsoft also has said that there will be “great new features” that they will announce in the coming weeks. If you like to join the Preview Alpha ring and get these 1805 build updates just after released, note that this ring is still invite-only and reserved for Insiders that provide the best feedbacks.